In an industry where our ultimate goal is to influence action, sometimes we need to look beyond our thick-rimmed glasses and limited-edition sneakers to where people like us, are in the business of influence.

Politicians, regardless of whether you like them or not are the masters of influence, particularly come election time. And their weapon of choice? The humble, succinct and most always punchy, sound bite. 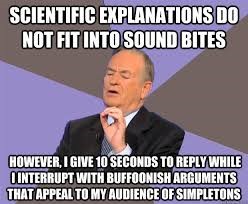 A sound bite is the tactic of choosing few words to convey the strongest possible meaning in 9 seconds of less. (Renee Montagne NPR)

Here are just a few of the most effective:

Surprisingly sound bites aren’t a by-product of Twitter and the 140 character universe. In fact university research has shown that the length of the average sound bite on US television dropped from 43 seconds in 1968 to 9 seconds by 1988. Most likely influenced by a sophisticated and independent style of tabloid journalism. Conveniently though, if you time yourself reading 140 characters, it comes to 9 seconds! Convenient or calculated? You decide!

So, how can we use sound bites in what we do? In many ways. And if you like to be smart/lazy like I do, they can become a great short cut to communication or selling work!